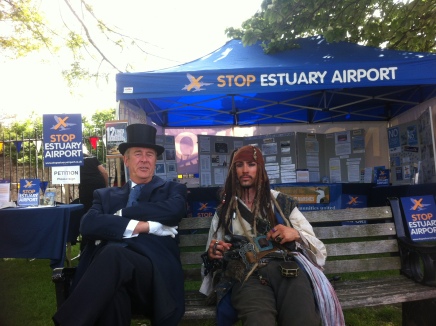 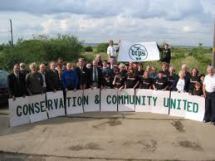 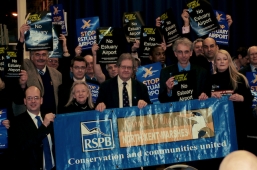 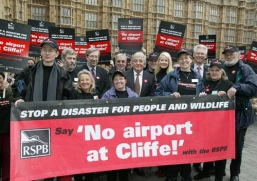 No Airport at Cliffe 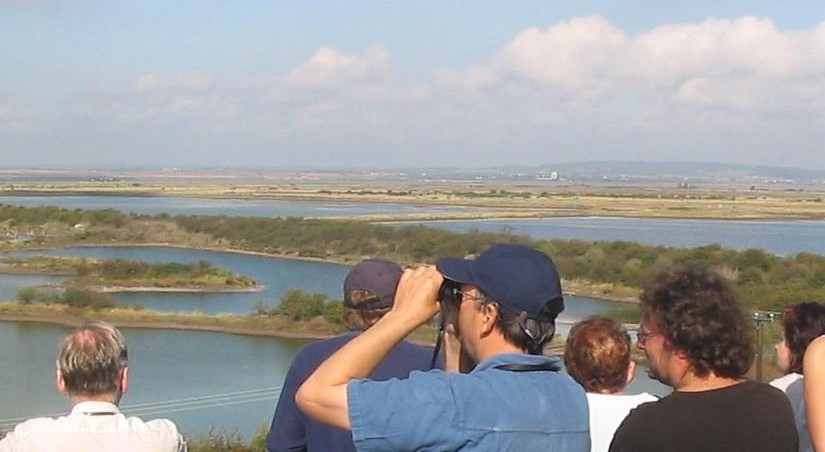 A mini influx of black-winged stilts has brought a touch of the Mediterranean to southern England, as two pairs of these exotic-looking wading birds are attempting to nest at RSPB sites in West Sussex and Kent.
It is thought that a dry spell in southern Spain has displaced these wetland birds to southern Britain. And it is believed that a changing climate may bring these birds to Britain more regularly in future. The only times black-winged stilts have bred successfully in the UK was in Norfolk in 1987 and Nottinghamshire in 1945.

One pair is nesting on the RSPB’s newest reserve in West Sussex, Medmerry, the other pair at the RSPB reserve at Cliffe Pools on the north Kent marshes.

“This is really exciting news and the first time we have had black-winged stilts breeding on the reserve here at Cliffe Pools,” said Warden Andy Daw. “They have visited before and a pair was seen about seven years ago on the reserve but they did not produce any young.